’Fruit and vegetables were bought or harvested in Ghana and carried under cold chain to Avignon within 36 hours. There they were either:

Sorted according to maturity (by colour), peeled and cut in representative aliquots (Solanum, Irvingia gabonensis), then ground in liquid nitrogen prior to storage at -80°C;

Cooked (in triplicate) : either in little or abundant water (vegetable : water ratio of 1:4 or 1:8) or microwaved. The cooking conditions were adapted for each vegetable according to the usual cooking habits. The cooked vegetables were frozen and stored at -20°C. The following analyses were carried out: dry matter, carotenoids by HPLC-DAD after extraction (Sérino et al., 2009, as adapted by Degrou for cooked products), vitamin c (ascorbic and dehydroascorbic acid) by colorimetry (Stevens et al., 2006), folates by HPC-DAD after derivatisation (Delchier et al., 2012). Minerals were analysed by ICP-AES according to FR EN 15510 by Innovalys (Nantes).’

’Vitamin c contents in raw green leafy vegetables varied from 10 to 160 mg/100 g fresh weight for Lunea taraxacifolia and Nephrolepis undulata respectively. Cooking led to marked losses, > 68%, and higher after microwaving than boiling in water. After boiling in water significant amounts of vitamin C were actually recovered in the cooking water. A 100g of cooked Nephrolepis undulata would contribute 100% of the whole RDA of vitamin C. Much lower vitamin C concentrations were found in the fruits from the various Solanum species (’

’The vegetables which have been analysed can contribute significantly to micronutrients in the diet, especially for carotenoids. Some also contain appreciable amounts of vitamins C and B9, though boiling in water leads to marked losses. However, boiled vegetables if consumed with the cooked water could contribute significantly to vitamin C. African mangoes are interesting source of vitamin C, notably when ripe, and their use should be advocated.’ 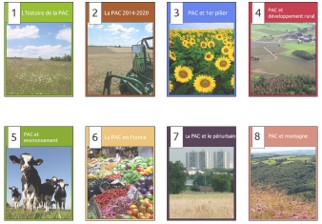