Biofis Bioagressors and invasive species: from individual to population to species

Temperate (including Europe), peri-mediterranean and tropical countries are facing major socio-economic risks from invasive alien species, especially bioagressor introduction. Increasing globalization of trade and climate change means that all jurisdictions face unprecedented exposure to invasive species threatening their agriculture and forestry. The main objective of BIOFIS is to develop, coordinate and communicate research actions on bioagressors in Europe (insects, mites, trees, fungi and virus) and on their associated natural enemies. By bioagressors we specifically refer to (i) local pest species - with respect to the European continent – that re-emerge due to changes in agricultural practices, (ii) sensu stricto invasive species (i.e. alien pest species introduced in Europe), (iii) potential invasive species, recorded as invasive and causing damages in non-European countries (especially in Mediterranean and tropical areas) and that may settle and become damaging in Europe. By natural enemies, we refer to species that could be deliberately introduced to control these pests.

Task 1. The detection and characterization of present or potential arthropod species damaging crops and their natural enemies through the development of a large Web database that includes various features (taxonomy, DNA barcodes, biological information and distribution). Task 2. The experimental and theoretical studies of key evolutionary questions associated to the emergence of invasive populations. Regarding the experimental part, this task focuses on a subset of invasive species selected according to two main criteria: they are associated to important socio-economic, ecological and agronomical issues and they can provide answers to key evolutionary questions associated to the emergence of invasive populations. The theoretical part is mainly based on generic modelling actions using mathematical and computer simulation tools. Task 3. The specification and formalisation of recommendations for management practises against bioagressors and invasive species based on the applied and academic research actions developed in Task 1 and Task 2. This part takes into account social, economic, juridic and bio-technological issues.

WP1 focuses on the development of innovative tools and methods, while WP2 constitutes a set of applications, based on the co-financing of 4 theses, studying the internal flows of different plants in response to biotic and abiotic constraints. Each thesis uses tools developed in WP1.

1/ Detection and characterization of present and potential bioagressors at the species level through the development of a large Web database including various features. 2/ Better understanding of the instrumental factors of biological invasions through the experimental and theoretical studies of key evolutionary questions associated to the emergence of invasive populations. (e.g. effect of admixture, bottlenecks, adaptation,…). 3/ Specification and formalisation of recommendations for management practises against bioagressors and invasive species based on the above applied and academic research actions. 4/ Cost/benefit analyses on relevant invasion/management scenarios. 5/ Development of a large research network leaded by the Montpellier’s teams that deals with invasive species in agriculture and forestry .

Dissemination of these tools and associated methodologies is a major challenge. The applications of NMR and MRI plant imaging are broad. Demand from biologists is strong. The methods are well applied. The final stages of the project will focus on training and dissemination of the results, with the development of a service offer. 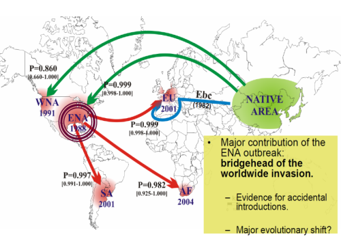 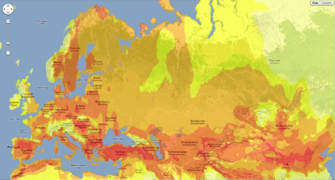 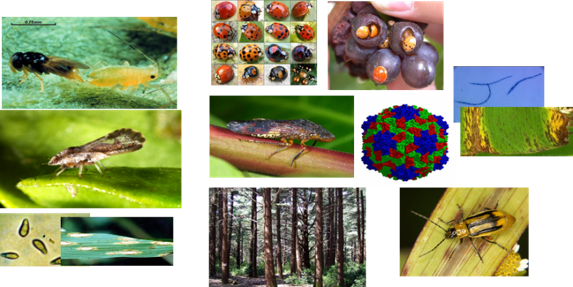