Dr. Paul Gepts’ outstanding contribution to the understanding of processes underpinning domestication of the common bean have had a profound impact on basic crop research and on its application to crop improvement. 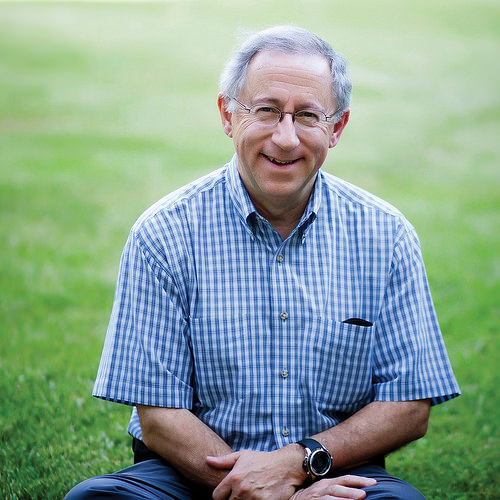 "In most crops, diversity has decreased as a consequence of dissemination from the centers of agricultural origins and modern plant breeding. Yet, diverse agroecosystems and crops are crucial to enhance their productivity in the present environment but also to improve their resilience in the face of the current human-induced global climate change episode"

Since 1980s, his research and teaching are focused on studying the evolutionary factors that affect crop biodiversity, with particular emphasis on Phaseolus beans, including intrinsic plant factors such as gene flow and gene diversification, environmental correlations with crop biodiversity, and human effects on the maintenance and generation of diversity. This information is applied to breeding programs to develop new varieties of beans for California and Eastern Africa.

Paul’s focus on Phaseolus is due to the fact that these are an important part of the human diet, especially in developing countries, and provide many health benefits. Other crops of interest in his lab are peppers (Capsicum), wild maize (teosinte), amaranth, and agaves. These provide a comparative dimension to studies of crop evolution because they encompass a wide range of reproductive systems, life histories, and human uses.

On the more applied level, he looks at the consequences of their findings for plant breeding. One of his main activities is leading the ABC-KT project (i.e., African Bean Consortium, funded by the Kirkhouse Trust), which seeks to develop a marker-assisted selection capability in East African bean breeding programs. Paul is a Distinguished Professor at the University of California-Davis where he is also spearheading its grain legume breeding program.