’Nutritional characterisation and impact of processing on the nutritional qualities of tropical vegetables: vitamins C and B9, carotenoids, antioxidants’

’There is lately in Nigeria a decrease in consumption of traditional leafy vegetables, accompagnying increased consumption of imported foods and lack of dietary diversity, leading to increased micronutrient deficiencies. The aim of the project was therefore to evaluate the micronutriment contents of traditional leafy vegetables, some of them growing wild, to identify the most promising source sof micronutrients and have convincing data to promote their use.’

’Sixteen vegetables and three traditional soups were collected in Nigeria and brought in cold conditions to Avignon (France). There they were processed within 2 days:

frozen and ground in liquid nitrogen for raw products, subsequently stored at -80°C,

boiled in water (150 g of vegetable for 750 mL of water), until judged „done“ according to nigerian taste, frozen and kept at -20°C until analysis. The following analyses were carried out: dry matter, carotenoids by HPLC-DAD after extraction (Sérino et al., 2009, as adapted by Degrou for cooked products), vitamin C (ascorbic and dehydroascorbic acid) by colorimetry (Stevens et al., 2006), folates by HPC-DAD after derivatisation (Delchier et al., 2012). Minerals were analysed by ICP-AES according to FR EN 15510 by Innovalys (Nantes).’

’Beta-carotene and lutein were the main carotenoids in the leafy vegetables, with lutein contents being about twice those of beta-carotene. Concentrations between between 2 and 14 mg/100 g fresh weight and 4 to 29 mg/100g fresh weight were found, most vegetables having concentrations close to 5 and 10 mg/g, for beta-carotene and lutein, respectively. Highest concentrations were observed in non-washed leaves of Veronia amygdalina, but a marked decrease was observed after washing. After cooking, very variably losses were observed, with increased concentrations in some vegetables, probably due to facilitated extraction after tissue destructuration. The highest concentrations of carotenoids after cooking were found in Crassocephalum rubens: 19 mg/100 g for lutein, and 9 mg/100 g for beta-carotene. The other extreme was Cochorus olitorius, with concentrations decreasing from 10 and 5.5 mg/100g to 2.3 and 1.1 mg/100g for lutein and beta-carotene, respectively, after boiling. The concentrations measured in the soups, the traditional way of consuming these vegetables, were compared to RDAs from WHO/FAO: a 100g portion adequately covers needs for children and women. Vitamin C concentrations varied from 42 mg/100g (leaves of amaranthus hybridus) to 5 mg/100 g (leaves of Crassocephalus rubens). Marked losses (50 to 80%) were observed after boiling. Even the richest vegetables could only contribute for 1/6 to ¼ of vitamin C RDAs for women and children, respectively. Folate concentrations in the leaves were not very high, but still appreciable: maximum concentraztion was found in Cochoris olitorius, with 1.9 mg/kg fresh weight when raw, 0.49 mg/kg fresh weight after boiling. For comparison, spinach, a temperate-zone leafy vegetable known to be rich in folates, has folate contents from 1 to 3.5 mg/kg fresh weight. The marked losses after boiling are also in good agreement with our work on this vegetable, where we observed a loss of 48% after boiling, part of it being recoverable in the cooking water. Like for vitamin C, a 100 g portion can only contribute for 1/3 to 1/6 of the required folate RDAs for children and women, respectively. Analysed minerals were: phosphorus, magensium, calcium, potassium, sodium, copper, iron, zinc and manganse. This data has not been fully exploited yet.’

’The analysed leafy vegetables can be an interesting source of micronutrients, specially carotenoids. They can also contribute to daily intakes of vitamins C and B9. 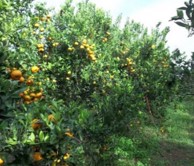 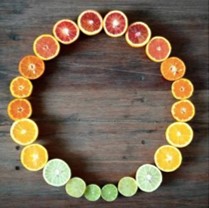