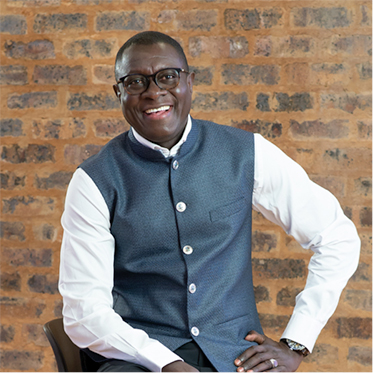 Let me answer on the "how" I became a researcher, rather than "why", as it was not necessarily a personal decision and therefore it escapes me. Becoming a researcher was not my childhood dream. I was thinking of entering the technical services of the Senegalese government or the army, by passing the entrance exam to the universities of applied sciences. After a master’s degree in biogeography, I joined a consultancy firm working on sustainable land management as a trainee. I spent a whole summer travelling through villages and collecting data, analysing situations and proposing solutions for local development. This temporary work allowed me to acquire practical knowledge about agriculture, horticulture and agroforestry. I told myself that this could be as exciting a job as serving the state. So I decided to take the Institute of Environmental Sciences (ISE) exam at the Faculty of Science at the University of Dakar. Even before finishing the DEA (Diplôme d’Etudes Approfondies) I was offered a scholarship under a Danish government programme on research capacity building. I was able to do a thesis with this program after several stays in Denmark. It turned out that since my childhood I have been fascinated by life sciences, with an irresistible attraction for plants. From in vitro germination sessions to my first orchard, which I did at the age of 11, I tried to test all the knowledge I had learned at school, just to understand how nature makes what we eat. Maybe that’s where the fiber for research came from. You can see that between a childhood passion and the chance of a career, I became a researcher by the force of circumstance. So it was just the consequence of unexpected circumstances and meetings with great scientific personalities that put me on this job, which later appeared to me as one of the most beautiful and useful in the world.

What is a “scientific community”?

The notion of community already expresses a commitment to a cause, a reason for living, a leitmotiv and a conformity to a common aspiration. Unfortunately, this notion of "scientific community" often reflects a corporatist spirit, a professional group. As far as I am concerned, I cannot claim belonging to a community if it is only to constitute in itself a force for action or pressure. The reason for this is that I am not interested in the power relations that lead to the art of overcoming through reason. On the other hand, the art of convincing without trying to dominate could constitute my philosophy of life. Therefore I am totally open to the opposition of ideas, to the rational rigor that allows to review certainties and identify facts of a particular singularity to improve the world of the living and of mankind. For me, then, the scientific community means nothing more than people who have taken up the cause of producing and exchanging fruitful ideas rather than racing for ideals. The unification of social groups through knowledge is perhaps what should justify the existence and role of this scientific community. As such, this community does not exclude any other epistemic group, neither private and public companies nor human communities united by secular ties, even if in many situations these groups do not always have the same ambitions for society.

What are your ambitions and expectations regarding your participation in Agropolis Foundation Science Council?

I do not actually have any expectations or ambitions in joining the Agropolis Fondation Science Council. I assume that it is a space to give and receive ideas to advance science. So I come here with a very open mind and a sharing posture. The terms of these exchanges often come naturally; and it is over time that we will be able to say what we gain and what we bring to the institution. So, supervising research is part of my daily activities, and the evaluation of projects has an educational dimension that complements our duty to relay experiences acquired elsewhere. My commitment to Agropolis Fondation is also a moral duty. Throughout my career, I have received support and frank collaboration in carrying out research activities. For all the projects I have carried out, colleagues have sacrificed time and energy by making themselves available to institutions like Agropolis Fondation to select, evaluate and help implement research projects. Therefore, it is a real honour to have been chosen to play this role for others. The chain goes on! I would also like to point out that science is not about the distribution of individual glories, but is a space where the performance of institutions prevails over the personal benefits of their members. So what is good for Agropolis Fondation is good for everyone who works there. Last but not least, I am an African, and our region is certainly not lacking capacities, but it is sorely lacking opportunities, especially in research funding and the management of such funding. This opening with Agropolis Fondation will help me better understand the issues and transfer them to our countries.