Could you briefly present your project (origin, objectives, main actions)?

Dominique Pallet (DP): Interfaces was born in 2015 from a discussion between the directors of two Agropolis Fondation member units, at the time, Catherine Renard, director of SQPOV (later replaced by Véronique Broussolle in project coordination) and myself, director of Qualisud. During a meeting of the Agropolis Fondation Unit Directors Group, we shared the problems we both met. In particular, the question of how our private partners in the processing industry were taking into account the diversity, variability and heterogeneity of the raw materials in their factories. Our shared observation was that they lacked technical solutions to take it into account. It was necessary to make processors and producers communicate... From the factory to the field, two very different worlds, with very different stakeholders and cultures. The same differences were present in the research world, like our research units, which both worked in a totally separate way. The project started in January 2017 and was due to end in December 2019, but was extended for a year. We chose to call it "Interfaces" because it is located at the interface between production and transformation. The idea was to create bridges, research links (methods, concepts, etc.) between these two worlds. Véronique Broussolle (VB): The project is also part of a system sustainability approach, to avoid losses and waste. It also involves working on cropping systems that are evolving, particularly in the face of climate change, with new practices (organic, etc.). The project is working on three crops: apples, mangoes and grapes (the latter added at the start of the project at the request of Agropolis Fondation). The aim is to produce methods to characterise the variability and heterogeneity of raw materials and standardised indicators: texture, organoleptic qualities. It is also necessary to adapt the processing to the raw material. For this purpose, partnerships have been set up with various stakeholders, notably through the “Gis Fruit”, which brings together private companies and research organisations, but also technical centres such as the CTIFL, the CTCPA, and institutional partners. These stakeholders have been involved in meetings of the project with the idea of confronting it to the users. DP: The project works on microbial communities. When the idea was born in 2015, it was really new to work on the continuum of microbial ecology in products. VB: Indeed, when the project began, there was little bibliographical data on the microbiota present on the surface of the fruit. This is part of the life of the fruit, its quality, its preservation, its deterioration, and the technical processing routes must therefore take this into account, and not just the rainfall or sunshine conditions of the crops. DP: Today, on this subject, there are publications concerning several species of fruit which show that there is a significant richness of the microbiota. VB: Molecular methods now exist that make it possible to explore its diversity in depth (metagenomics) or even describe new species, analyse how the microflora varies according to the type of fruit, the type of production (organics /non-organic), etc. This has also enabled us to isolate microorganisms and build up a bacterial and fungal strain library. Subsequently, we will be able to see, for example, whether certain fungal species can be anti-bacterial. DP: An important action of the project is based on modelling in order to better predict the quality of the fruit and how it would be processed. On the one hand, we have physiological models of the plant with its fruit, and on the other hand, physico-chemical models of the processes. It is important to link the two types of models at a given moment, so that the outputs of the physio model are the inputs of the physico-chemical model. To do this, different scientific communities have been brought together on this issue. At the same time, the project developed a question from the social sciences to determine how the variability of the batches exchanged between producers and processors impacts transactions and contractualisations. In addition, the apple and mango logistics chains were studied in depth.

What are the main results achieved?

VB: The project has led to many advances in terms of tools and methods. By using infrared for example, we have managed to characterise the quality and heterogeneity of fruit without destroying it, which is very useful in processing plants. These results have already been published and can be used by professionals. On mangoes in particular, work has focused on drying and colour-maturity correlation, which is important for consumer acceptability. An experimental dryer has been designed and built to standardise mango drying operations in La Réunion. DP: A grape micro-fermentation system has been developed under controlled conditions in order to control and reproduce fermentations to study the impact of grape berry heterogeneity. Progress has been made on the valorization of the results, with the confinement, the project partners have worked a lot on the publications, quite a lot should come out soon.

In what way did your project and the Foundation’s support have a structuring effect on the Agro community?

DP: Structuring the community was an important part of the project. It really enabled scientific communities that did not know each other to work together. SQPOV and Qualisud did not have a joint project before Interfaces. Beyond this partnership, it helped to bring together researchers from very different disciplines, such as agronomy, microbiology, process engineering or humanities and social sciences. Several research units discussed this common theme, PSH and Hortsys, on tree production, SPO, Qualisud and SQPOV on processing and quality, and Moisa, on contracts and markets. VB: Interfaces has also made a strong contribution to the training of young researchers, with seven doctoral students, two post-doctoral students and 15 pre-doctoral students (masters, etc.). This is an important and structuring dimension of the project, which deserves to be emphasised, all the more so because, thanks to the multidisciplinary nature of the project, doctoral students from France, Germany, China, Lebanon, Morocco and Senegal will have benefited from a great opening up. Moreover, they have been encouraged to communicate the results in the project meetings, in order to be better trained for this exercise. DP: The results of the project are to be presented during an international congress co-organised in Avignon by SQPOV, Qualisud and the CTCPA. Initially planned for late March-early April, this international conference, which includes a session dedicated to Interfaces, has been postponed to the last week of November 2020. 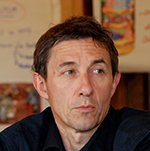