A few days before the 27th Science Council of the Foundation, we invite you to get to know the members (past and present) of our Science Council. Interview with Magalie Lesueur Jannoyer, Deputy Director General for Research and Strategy (DGDRS) at CIRAD. 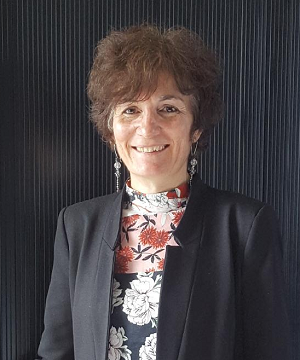 Why did you become a researcher? What made me make this choice was probably curiosity and thirst for understanding, openness towards new possibilities, new explanations, ways of acting and also of transmitting. I am also attached to science because it remains. We can aggregate knowledge, make reasoning and results evolve, and transmit them. Why did I choose agronomy? First of all, because agronomy has a very strong link with what is essential: life, the environment, food, health, etc. But this choice was probably an extension of a family history: my grandparents were farmers. But my steps took me to the Tropics, when my grandparents did not travel... I was also fortunate enough to rub shoulders with brilliant professors and researchers who showed me the way and helped shape my way of seeing and doing things, which I hope is systemic and inclusive. Since then, I have been very attached to the notion of transmission. I now do my best to pass it on to the younger generation.

What does a "scientific community" mean to you? It is a group of people, mostly scientists and researchers, who share the same objectives or challenges, without necessarily coming from the same discipline. For me, it is an open and dynamic space, a place for exchanges, solidarity and joint discoveries. But it is also a place for cross-questions that are fertile, that produce innovations. Even if we talk about community, it’s not compartmentalized. A scientific community is truly open to the world and the questions that arise, the major issues facing the planet. Personally, I don’t know if I belong to a particular community, but I feel more like belonging to several. I have been able to benefit from other communities than the one I was trained in, and I have thus navigated through different geographical or thematic communities.

Could you briefly tell us a highlight/detail/an anecdote from your participation in the Foundation’s Science Council? The anecdote I am thinking of is related to what I mean by "scientific community"... I think that Agropolis Fondation is a special and unique place for exchanges between researchers from neighbouring or sister institutions who do not necessarily meet other than through the Foundation, and who sometimes even have difficulty understanding each other. This happened during a Science Council meeting. Scientific communities that did not feel sufficiently integrated into the dynamics of the Foundation expressed their dissatisfaction. We then managed to resolve the dissensions by talking, by explaining ourselves. This is quite healthy, what the Foundation has made possible: the problems were expressed, and a solution emerged. Agropolis Fondation makes this possible: to give concrete form to ideas and to stimulate debate, by supporting interdisciplinary and inter-institutional projects, by allowing researchers from different backgrounds to come together... Interdisciplinarity cannot be decreed, it has to be built. And for that, we need places for exchange and possible construction. For me, this is what the Foundation is all about.