Martin Crespi, Director of the Institut des Sciences des Plantes Paris-Saclay (IPS2), member of the Science Council of Agropolis Fondation since 2019, lent himself to the Scientific Council’ interviews game... 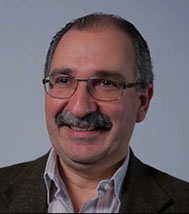 I think I’ve always liked biology. From my teenage years, I’ve been passionate about molecular biology. My father was a scientist, too. There was a science atmosphere at home. I grew up at the time of the rise of molecular biology, with a transition in the understanding of biology through the use of new methods: using physics and mathematics. These developments led, for example, to the discovery of DNA and its genetic code. After initially studying physics and chemistry, with my thesis, I entered molecular biology and the understanding of the molecular mechanisms controlling tumour formation. Later, in my post-doc I became fascinated by research on plants, pluripotential organisms capable of generating all these organs after germination (birth?).

What does a "scientific community" mean to you?

When I started my career as a researcher, a very individualistic concept of how to do science dominated. Over the past 20 years, I have seen a shift towards interdisciplinarity rather than competition between disciplines. Previously, researchers were focused on a specific problem and science was more compartmentalized, in a less collective perspective. Today, different disciplines and researchers are more willing to combine complementary expertise to better understand biological phenomena and to generate new ideas, through new methods combining mathematical modelling with biology and evolution to study living things. For me, a scientific community is therefore, above all, a group of researchers interested in a common problem. Personally, I think I belong today to different "levels of community": in the first place, I belong to the scientific community of plant biology, which is more restricted. But I also belong to a community that is also concerned with issues related to agriculture and agronomy. It is a research community more interested in the societal issue of research. It is different, broader and multidisciplinary. Over the last ten years, this second community has developed tools that make it possible to make the link with the first, such as genomic selection, the search for elite alleles using genomic methods to identify variants of particular genes involved in the control of agronomic traits, such as tolerance to climate change: we are working on real applications. Finally, I belong to a third community, that reflects on the evolution of science-society relations: each one goes beyond its speciality to reflect on the question of how to organise science, how to better define good science policies and improve the impact of our research on society.

Could you briefly tell us a highlight/detail/an anecdote from your participation in the Foundation’s Science Council?

What interests me is precisely to bring my vision of the fundamental biology of plants to Agropolis Fondation, which I see perhaps as a catalyst to bring fundamental research closer to issues of agricultural production, ecology, environment, and especially agronomy. And this not only on European territory, but also in a very broad international dimension. I have been in several other scientific councils (IRD, CSIC - equivalent of the French CNRS in Spain, etc.) and I have frequent interactions with Latin America, where agriculture is a major issue. My laboratory has set up a CNRS Associated International Laboratory with a laboratory in Argentina (where I come from) to take advantage of these exchanges. I have been participating in the SC for a year now and I find the working atmosphere serious and interesting, but I also enjoy informal exchanges, outside the meeting, with researchers from different countries. I believe that this international dimension of the SC is a richness, and that it should be maintained.