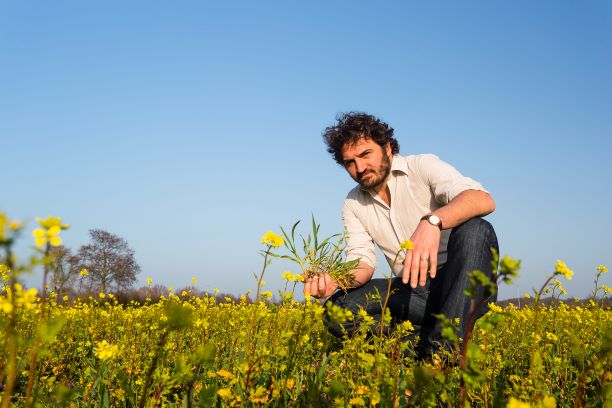 I started my career in the private sector. After graduating as an agronomist, I started as a trainee in agricultural companies and then worked as a technical consultant before being hired by a large international company, where I spent two or three years. But usually, in these places, once you learn the basics, you reach a kind of ceiling, and the work becomes very repetitive. You quickly reach the maximum of learning and personal development, and very quickly you end up doing the same thing over and over again. So I decided to go back to university. I worked as a teacher-researcher, got my PhD and then a scholarship to go to the Netherlands. I became a researcher because in research there are no limits, you never reach a ceiling: there are always new questions. Initially, I was very interested in the development of methods. I was a teacher-researcher at the international level, in CIRAD, but also in the CGs and in the Argentina national research system. Today, I am more interested in applied research. Being less strictly submitted to publishing, I can work more on development, see the results of research in the field, etc.

What does the term "scientific community" mean to you? There’s a fairly classic definition: the "scientific community" is all the scientists, the doctoral students, who participate in scientific production. But today the production of knowledge is not only the responsibility of scientists: we increasingly speak about "citizen science": citizens contribute to science. People also talk about farmers’ knowledge and co-innovation. In agroecology in particular, we talk about "dialogue of wisdom" and co-construction of knowledge. Companies also do their research, sometimes not far from the scientific community. Their objectives are different, of course: when scientists seek to push back the frontiers of knowledge, companies want to develop markets... But some obtain significant scientific results. Still, today I wonder whether the term "scientific community" has any meaning. In any case, it is not restricted to academic research. But one difference seems to me to be important between researchers and other research actors: we researchers are paid to do research. As such, we have a responsibility. We cannot afford to betray the trust that States, citizens, donors, foundations, companies, etc. place in us to produce this knowledge. That is why we must be transparent, because we are accountable to them. I insist very much that my students and my teams publish. There is no science without publication: it’s not in addition to scientific methods, it’s part of it. The ancient Greeks began by presenting their research in the agora, and their audience was critical, which advanced science. Today, we don’t have an agora, we need to publish. This being said, given the exponential number of publications, I think we should review our ways of publishing, for example using video, but that’s another issue.

Do you have a highlight/detail/an anecdote that you would like to tell about your participation in the Foundation’s Science Council?

I served a four-year term on Agropolis Fondation’s Science Council, and I must say that the SCs are always memorable moments of conviviality. But to come back to a more specific anecdote, I remember a Science Council meeting during which we had to work on a flagship project that was very important for the foundation, also financed by private funding. I had to come to France for 24 hours from Argentina to work with the SC on this project! My shortest stay in Europe ... Beyond the anecdote, to talk about research funding, I think we need to review the way research funds are distributed. A study carried out in the Netherlands has just shown that the amount of time spent by researchers in seeking and managing funding is enormous. It is estimated in centuries/years of researcher time! The Dutch are doing interesting experiments on funding. They had envisaged, for example, giving funding to research units, asking them to redistribute 50% of the sums allocated to other research projects... An experiment that has not yet been carried out, but could prove to be a rich learning experience... and enable small teams to reach resources that were not accessible to them before.