A multidisciplinary and partnership project: we are two coordinators, with Mathieu Thomas, population geneticist at CIRAD. I insist on the plural view. 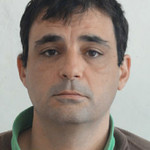 The CoEx project starts from the observation that political discourses on seed systems are essentially based on a "formal/informal" binary vision. This characterization reflects neither the reality of the field, nor the results of numerous research works, which go against this dichotomy. We started from this observation to build the project. We have thought about a series of activities and a way of organizing the research in partnership that could make it possible to go beyond this binary conception of the debate. It was a political way of setting the terms of a research project. In concrete terms, our action took several forms: First of all, and in a classic way, our goal was to produce knowledge aiming at renewing the tools and methods of seed systems characterization. This work was carried out in an essentially multidisciplinary way, combining different methods and tools to enrich the seed systems characterization. At this stage, we need to specify that, for us, the vocabulary itself must evolve: Indeed, the expression "seed system" is already much connoted as it implies that there is no salvation outside one single vision of this system. We thus preferred using "crop diversity management system", which is certainly longer, but better reflects what we are talking about and allows to go beyond the binary conception we mentioned earlier... Trying to change the way we characterize the crop diversity management systems required to engage a diversity of disciplines, to combine disciplinary views. We built upon existing economic analyses, value-chain analysis, corresponding to the formal sector on the one hand, and very in-depth anthropological analyses of very specific and localized contexts aimed at showing how seeds contributed to the functioning of a specific location, usually without any link with the formal sector, on the other hand. We sought to explore a different approach, using varied methodologies from different disciplines, such as legal pluralism in law, institutional analysis in economics, multi-scale analysis, meta-analysis (learning from past approaches and data through a common analytical framework), social network analysis and anthropological analysis. But beyond this knowledge production process, we have also undertaken a reflective process in collaboration with our non-academic partners (Farmers’ Organisations [FOs] and NGOs). This process aimed to recognise that we, as a research institution, are called upon as social actors intervening in this system. Through our practices of collaboration with farmers or management of biodiversity in genetic resource collections, we have practices that can also contribute to maintaining this binary vision.

For instance, when researchers collaborate with producers in participatory breeding programmes, the different stakeholders are often in an informal relationship. Conversely, when researchers work with the private sector on the development of new varieties, things are much more formalised (confidentiality clauses, description of background data/information, property agreements, etc.). Implicitly, behind this choice to formalise or not, the formal-informal division is perpetuated. Hence a reflexive work on our own practices, to change the way we approach both collaboration and diversity management in collections. CoEx assumes that if we want things to change, we must also change our own practices.

We are still analysing the results. But to have been able to mobilise such a diversity of methods, to have co-constructed and tested some of them is already a result in itself. Each of the methods, taken one by one, makes it possible to highlight interesting results, but we also hope a lot from the crossing of perspectives to enlighten and enrich the debate and to show the diversity of cultivated diversity management systems.

The co-construction of protocols with farmers’ organisations and the sharing of initial results with partners has made it possible to better target questions and their analysis. The change of scale for certain analyses will make it possible to draw lessons at a macro level which could give a less strictly localised or context-specific picture than the usual analyses carried out in anthropology, for example. The same data collection protocol using a reasonable number of variables such as the diversity cultivated on farms, the modes of seed acquisition and the uses of production was co-constructed with FOs and research organisations in Niger, Burkina-Faso, Mali and Senegal. This data collection was coordinated over the four countries with a uniform distribution in the villages targeted by the study, allowing the analysis to be broadened on a territorial level. In terms of collaboration, the lessons learned from past projects were drawn on the basis of how they were experienced by those who participated in them and any sticking points or tensions they generated.

We have opened up spaces for multi-stakeholder discussions on these collaborative issues relating to access to land, access to genetic resources, data collection protocols and data sharing. In the same way, we have used the tensions arising from the establishment of our own collaboration frameworks within the CoEx project to make them the very object of our reflections and with the idea of developing solutions collectively in order to generate more trust and a spirit of collaboration. This work has led to the publication of a manual for collaborative seed projects between farmers’ organisations and research institutions. The same applies to genebanks management, with the idea of opening up their functioning to a diversity of actors.

3. How has this project contributed to the structuring of the AGRO community?

Contributing to the structuring of the AGRO community was one of the objectives of the project: to bring together academics and researchers, different disciplines and different partners. The project brought together 17 partners, from the academic and non-academic worlds, from the North and the South, following a modus operandi that enabled cohesion to be maintained throughout the duration of the project. From the outset, the project met with strong support. This has not changed, quite the contrary. To such an extent that new projects are taking over, particularly in West Africa (with, for example, a project set up by Mooriben, the Nigerien FO that is a member of CoEx, funded by the ECOWAS - Economic Community of West African States, or the new SeedAttach project, financed by Agropolis Fondation and which is in full continuity with some activities initiated by CoEx).

Of course, there were tensions, but we chose to work on these tensions at the very beginning of the project. We sometimes encountered reluctance, on the part of the researchers, to confront the conflictual aspects, but in the end, we learned a positive lesson from it as it enabled us to forge stable and lasting partnerships. The partnership between FOs and researchers has forced both sides to break out of their habits to reflect on the conditions of coexistence between formal and informal systems, and thus rethink their modes of organisation.