Originally from the rice producing province of Niigata in Japan, Kazuki Saito has been working on improving rice productivity and farmers’ livelihood in fragile environments since 2000, when he started his Master’s degree in Southeast Asia. He has earned his PhD in Agriculture from Kyoto University in 2005 and then moved to Cotonou, Benin, in 2006 to work as rice agronomist/agro-physiologist at the Africa Rice Center. 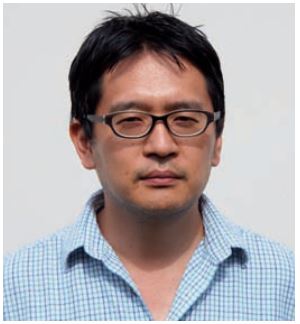 "Young scientists can become a driving force in enhancing crop productivity to meet increased food demand. They generate new ideas, which can be tested together with farmers and other stakeholders so that these become innovations that are suitable in the field."

In Sub-Saharan Africa (SSA), he also introduced improved indica-type and aus-type upland varieties to West Africa and identified ones that were superior to popular upland New Rice for Africa (NERICA) varieties in terms of high yielding ability, strong weed suppressive ability, and superior adaptation to low soil fertility. These findings were against widespread belief among scientists in SSA that tropical japonica varieties have much better adaptation than indica varieties to upland conditions in West Africa. His studies have led to a re-focus of variety improvement at AfricaRice, which now includes the materials he identified.

He is currently leading the 21 country-member Africa-wide Rice Agronomy Task Force, whose work is on yield gap assessment, testing of good agricultural practices in farmers’ fields and introduction of agricultural innovations, such as a RiceAdvice, a free android-based application decision-support tool.