’Fungi are particularly valued as subsistence foods in many developing countries, where they make a significant food contribution in central and southern Africa during months of the year when the food supply is inadequate. Like many soil microorganisms, they have physiological properties that allow them to feed on organic and inorganic soil substrates. As these properties are involved in the maintenance of soil fertility, these fungi could act as plant growth promoters.’

’From a collection of fungal strains isolated in Ghana and representing the genera Lentinus, Pleurotus and Ganoderma, the objectives of this study were the following:

To demonstrate under controlled conditions the effect of inoculation of the culture substrate by these strains on the growth of 2 plant species, tomato and durum wheat’

’The fungal strains (7) were maintained on a nutrient medium of the "L-Broth" type and were subcultured on selective media in order to demonstrate the enzymatic activities of the esterase, chitinase and phosphatase types as well as their capacity to produce siderophores.

In a second phase, these strains were multiplied on a vermiculite substrate moistened with a nutrient medium of the "L-Broth" type. When the substrate was completely colonised by the fungal isolates, the inoculum produced was mixed with a culture substrate (atapulgite) where young tomato or durum wheat seedlings were planted.’

’All strains tested have the ability to produce esterase enzymes, whereas only isolates from the genus Lentinus show chitinolytic activity. The production of siderophores was detected in strains belonging to the genera Ganoderma and Lentinus and in one strain of Pleurotus (strain PTR-K).The promoting effects of strain inoculation were also measured to varying degrees depending on the isolate in tomato after 6 weeks in the greenhouse

Fungal inoculation stimulated the growth of young durum wheat seedlings after one month of cultivation in the greenhouse with a maximum effect obtained with the SqW strain (Lentinus sp.) (Figure below).’

The aim of the project will be to identify high-performance strains which, depending on an appropriate multiplication technique, will be able to offer significant production capacity but also proven biofertilising properties.’ 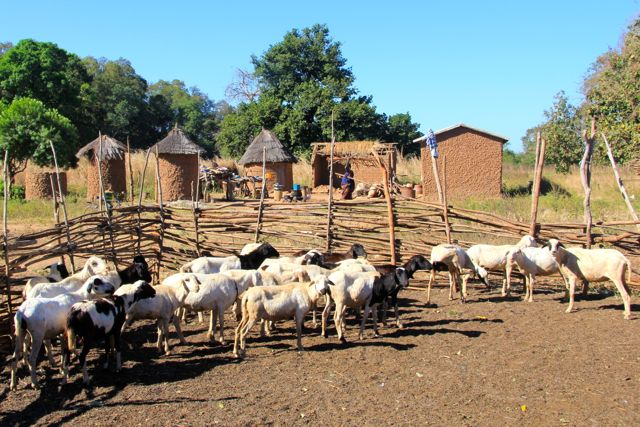