Development of SNPs markers in rubber for marker-assisted selection

: Data of phenotyping and SNP genotyping obtained on both studied populations were submitted to preliminary analysis which have been presented during the final restitution meeting in Brazil in March 2015. Regarding the progeny of the cross PR255 x PB217, data are currently analyzed more in depth by a PhD student presently in training course in Montpellier. The results will hopefully be gathered to write a manuscript to be submitted to a scientific journal by the end of 2015. Major part of the about ten co-authors of this manuscript will be part of the Ruthis project.

It is also envisaged to elaborate a database with all available information regarding SNPs generated by the project.

One of the studied populations (progeny of the cross PR255 x PB217) is for the moment in a private estate for field experimentation, and we don’t have any warranty for the future of experimental activities on this biological material. For this reason, it is forecast to transfer this progeny to a public Brazilian research center (IAC), in order to allow the continuation of the marker-assisted-selection of the identified best genotypes in a long-term perspective, and finally developing cultivars with the top-ranking genotypes. 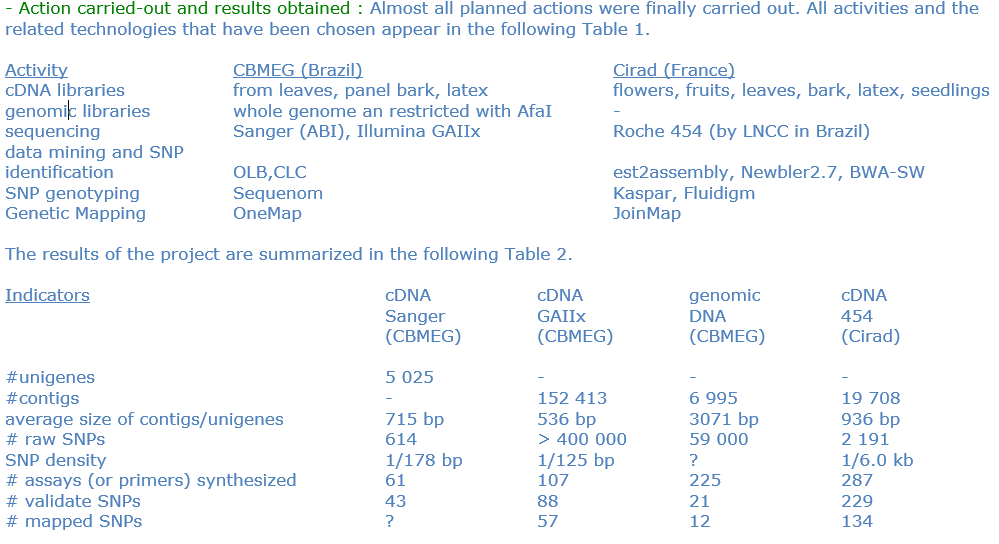