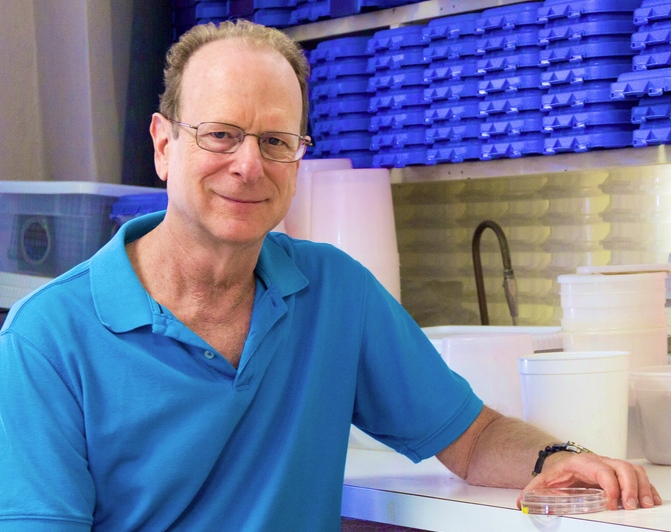 What is the challenge to food security that your scientific work seeks to address ?

One of our grand global challenges is to sustainably manage insect pests to improve food security and reduce hunger and poverty. Excessive use of broad-spectrum insecticides has not only harmed human health and the environment, it also has selected for more than 10,000 cases of insecticide resistance in over 500 species of pests.

My goal has been to devise strategies to sustain the efficacy of safe and effective alternatives to conventional insecticides, particularly the pest-killing proteins from the soil bacterium Bacillus thuringiensis (Bt). Bt proteins are highly potent against some key insect pests, yet do not harm people or wildlife. Organic and conventional farmers have used Bt proteins in sprays for decades. Since 1996, corn, cotton, soybean and other crops genetically engineered to produce Bt proteins have revolutionized pest management. However, their efficacy can be lost when pests rapidly evolve resistance to Bt proteins.

What is your job and why did you decide to work in this field ?

My research has established the scientific basis for the ‘refuge strategy’ used by millions of farmers worldwide to sustain the efficacy of Bt proteins. This strategy applies the revolutionary idea of conserving genes for susceptibility in pest populations to delay their evolution of resistance. In this approach, ‘refuges’ of the pests’ host plants that do not make Bt proteins allow survival of pests that are susceptible to these proteins. By providing refuges near genetically engineered Bt crops, farmers make it likely that the rare resistant insects emerging from Bt crops will mate with the relatively abundant susceptible insects from refuges.

Together with my collaborators, I provided the first experimental evidence supporting the refuge strategy and the first long-term, large-scale tests of this strategy. In collaboration with scientists from China, I have analyzed results from computer simulation modeling and large field data sets to provide compelling evidence that refuges of non-Bt host plants can preserve the efficacy of Bt crops.

What has been the impact of your work so far ?

My work has helped to sustain the efficacy of Bt crops against major pests during the past 25 years. Since 1996, a cumulative total of more than one billion hectares of transgenic corn, cotton, soybean, and other crops producing Bt proteins have been planted by millions of farmers in more than 20 countries (including Bangladesh, India, Pakistan, the Philippines, South Africa, Sudan, Brazil, Paraguay, and Uruguay). For 1996 to 2014, Bt crops reduced global use of insecticide active ingredients by an estimated 80 million kg (52%) in corn and by 249 million kg (28%) in cotton. The worldwide increase in farmer income enabled by Bt crops during these years is estimated as $US86 billion.

I was also a leader of the team that eradicated from the United States and Mexico the pink bollworm, an invasive pest that had plagued farmers in both countries for a century. This program benefited from collaboration among farmers and scientists in government, industry and academia. The program innovatively used Bt cotton together with mass releases of sterile moths and other environmentally friendly tactics. Eradication of pink bollworm helped to reduce insecticide use by 82% and saved cotton growers $192 million from 2014 to 2019.

What were your motivations for doing this work ?

My passion is to fight hunger and poverty by improving agricultural production with sustainable, environmentally friendly pest control. Although my childhood was sheltered, I witnessed poverty and hunger firsthand when I visited Africa as a 21-year-old. This life-changing experience set me on the career path I still follow today.

I am deeply honored and thrilled that the Agropolis Fondation considers my contributions aligned with the vision of Louis Malassis. With climate change and the global pandemic, it is more urgent than ever to achieve his goals of enhancing sustainability of agricultural systems, increasing food security, and reducing poverty. I am grateful to many wonderful colleagues who have worked with dedication, generosity, and brilliance in helping me pursue these goals.

When the pandemic subsides, I would like to travel to re-connect with colleagues as well as to build new connections with collaborators and stakeholders.