The 2012 Louis Malassis International Scientific Prize for Agriculture and Food was awarded to Pamela Ronald of the University of California-Davies in the Senior Scientist category and Matty Demont of Africa Rice in the Promising Young Scientist category.

The two winners received their prizes, worth 20,000 euros each, on 29 October 2012 at the World Conference on Agricultural Research for Development (GCARD 2012) in Punta del Este, Uruguay. 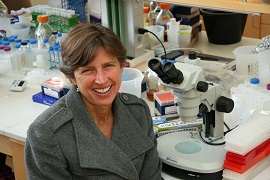 "I have had the great privilege of working for 20 years as a public sector researcher at the University of California-Davis and collaborating with geneticists at the International Rice Research Institute (IRRI) and other institutions. With their help, our fundamental discoveries have benefited farmers in developing countries. I hope to continue to advance basic research and raise public awareness on issues such as food security, plant genetics and agro-ecology," said Pamela Ronald, Professor in the Department of Plant Pathology at UC-Davis. Pamela has been working on improving rice resistance to disease and flood tolerance, which are serious problems facing rice farming in Asia and Africa. 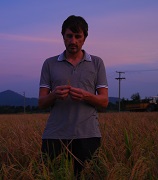 "I am very grateful to Agropolis Foundation for recognising my work. The award marks an important milestone in my research career and provides the much-needed confirmation that my research has led to something. The fact that I received this award from the Foundation, based in Montpellier, on this campus that has inspired me so much and made me the researcher I am today, means a lot to me," said Matty Demont, economist, value chain specialist at AfricaRice (Saint Louis, Senegal). Matty is working with the private sector and a network of 1,600 women across Africa through experimental participatory approaches to better understand the bottlenecks in modernising rice value chains in the region.